From New Internationalist, January 11 2008
Let us not find revolutionaries where there are none
Mukoma Wa Ngugi, urges us to be wary of the democratic revolutionary claims made by various parties in Kenya.

One cannot fully grasp what is happening in Kenya and Africa without considering the changing nature of opposition movements and the differences between a people powered movement, or a democratic revolution, and a plethora of movements that consolidate democratic institutions for international capital while flying under the radar of democracy.
Even though here below I am mainly speaking about Raila Odinga and the Orange Democratic Movement (ODM), I could just as easily be speaking about Mwai Kibaki and the Party of National Unity (PNU). It is only because ODM has actively courted the image of being a people powered movement engaged in a democratic revolution that I draw your attention to it. Amilcar Cabral once said ‘tell no lies, claim no small victories.’ It is in that spirit that I write.
Let me begin by pointing to the question of ethnicity and say this: In the same way you ought to be surprised to meet a white American denying the existence of racism in American politics, so should you be when you meet an African denying that ethnocentrism is deeply entrenched in African politics. Racism is a historical creation that serves a function – so is ‘tribalism’. In the same way that leaders in the West manipulate race and fear for political goals, so do African leaders. Ethnocentrism can be benign or extremely vicious depending on its conductor. Ethnocracy, like a racist power structure, exists to the extent it is able to obscure for the victim and the activist the root causes of economic, political and social exploitation. It misdirects.
Let us also consider Kwame Ture’s (Stokely Carmichael) reminder that we should not mistake individual success for collective success. The majority of Kenyans – Luos, Kikuyus, Luhyas etc – are poor. The 60 per cent of Kenyans living under two dollars a day cut across all ethnicities. The Kikuyu élite live at the expense of the Kikuyu poor; it is the same for other ethnicities. There is much more in common between the poor across ethnicities, than between the élite and the poor of each ethnicity. Racism, nationalism, and ethnocracy all ask that the poor die in the defense of economic and social structures that keep them poor. It is no surprise that those who have been both dying and doing the killing in Kenya in the past week are the poor. Yet they are killing along ethnic, not class, lines.
And in the same way that over time Western political parties come to represent different and contradictory positions, so have African political parties. In the dictatorships of the 1960s, 70s and 80s, the opposition parties were the good guys. Progressive international political analysts are still working with that framework, which has blinded us to glaring present-day contradictions. The assumption that opposition immediately means people-power cannot be sustained by an analysis informed by the complex shifts in African politics in the last two decades. Take Zimbabwe, for example. The opposition Movement for Democratic Change is a neoliberal party. Calling it revolutionary or anti-imperialist would be wrong. In Kenya, both the sitting Government and the opposition exchange members fluidly as they position and reposition themselves, eyes on the national cake. William Ruto, a top leader in the ODM was previously a treasurer for the KANU Youth Wing – a political thug organization created by former dictator Moi, who is now in Kibaki’s camp. And the recent church killings that claimed over 50 lives took place in Eldoret, which William Ruto has represented in parliament for many years.

People power
Therefore not all opposition parties are anti-imperialist or opposed to the move by global capital to consolidate the world. At a time when the rich nations and their élite are getting richer, and the poorer nations and the poor within them are getting poorer, some opposition parties will choose the side of global capital. ODM is composed of some of the wealthiest people in the country. For example, the Odinga family owns Spectre International, a molasses company in conjunction with a multinational petroleum and diamond mining company. The international press, which refers to Raila as a ‘flamboyant millionaire’, is not entirely wrong.
With the above said, analysis of what it means to be a people powered movement is crucial. For people-power politics to be effective, solidarity has to be across ethnicity not along it. In other words, a people power movement has to, at its basis, be informed by the consciousness of a collective oppressed. Because it has no real grassroots developed over years of working with and for the people, ODM can only rile up discontentment by pointing to one ethnicity rather than organizing the whole country against élite exploitation. Like any populist movement it takes the worst fears of a people (fear of Kikuyu domination for example) and plays them out in the national stage. A people power movement on the other hand peels away these fears to reveal how power and wealth are being distributed. Because ODM has not done this, its supporters have identified the fellow poor Kikuyu as the enemy. A people power movement would have directed its energies and anger at the state not at another ethnicity.
A people power movement declares its solidarity with other marginalized peoples across the world. It is Third-Worldist in vision. A people power movement, because its vision grows organically from its struggle and engagement with the people, exhibits a stand against exploitative international economic arrangements because its constituents are impoverished through them. ODM cannot be termed as radical pan-Africanist or Third-Worldist, rather it has a populist consciousness.
Also, the shell – the façade – of a people power movement can be used by a national élite to seize power for international capital. Rather than use the term populist/people power to refer to ODM, it is appropriate to borrow a term from the International Republican Institute. The term the IRI uses is ‘consolidating democracy’, referring to a technique it used in the Ukrainian Orange Revolution and in Haiti against Aristide. Consolidating democracy translates into bringing together civil organizations (religious, universities, local NGO’s, women’s organizations, etc.), and uniting various opposition factions into one large electoral force. If missionaries paved the way for colonialism, evangelists of Western democracy like IRI pave the way for US foreign policy.
The sole purpose of consolidating democracy is to remove the sitting government. There is no coherent underlying people-centered ideology in this goal – no interest in empowering the people, or returning economic and political institutions to them. Rather than develop real roots with the people so that when in power the ODM becomes an extension of them, the ODM has taken the easy route of consolidating democracy following the IRI model.
We urgently need to distinguish between people power movements (such as those we have seen in Latin America), populist movements, and neoliberal opposition movements that consolidate democratic institutions for global capitalism. People power movements are a fifth force usually in opposition to the legislature, executive, judiciary and military. When they seize power through democratic means, they immediately attempt to transform the other four forces into revolutionary instruments. Laws nationalizing resources or redistributing land and resources are passed. The army is transformed from an instrument of intimidation into one that helps in times of disasters – in short a people power government places the people at the center of the state. When a movement that has been consolidating democracy gets into power it does the opposite, and the democratic structures become instruments of global capital and US foreign policy. Liberia, for example, after working with IRI is one of the few countries to open its national door to the US African Command Center.
We should at least consider that the ODM has in the last few weeks not been engaged in the last phase of a people power revolution but rather in the last stage of consolidating neoliberal democracy – using the people as the battling ram against the state. This is where the neoliberal party calls for millions to take to the streets with the hope of immobilizing the state. Because consolidating democracy requires the ebb and flow of violence from the state and protest from the people, Raila could cynically tell a BBC reporter when asked whether he will appeal for calm that ‘I refuse to be asked to give the Kenyan people an anesthetic so that they can be raped.’

Wounds need healing
In case you are wondering, let me say this: for progressives, Kibaki is not the answer. Before the elections, the Kenyan Human Rights Commission released a report implicating the Kenya police in extra-judicial killings of close to 500 young men, all from poverty stricken areas such as Kibera and Mathare, slums currently up in flames. This is a stark reminder that the 6 per cent economic growth was not trickling down to the people. Also that vote-rigging took place (on both sides as it turns out) is almost certain. Enough doubt has been cast by the electoral commissioners to make a recount of the votes, a re-election, a united government or another suitable solution a matter of democratic principle.
If the country is to heal, reconcile and find justice, progressive voices should call for a UN probe into the December – January post-election ethnic cleansing in Eldoret and other areas. There should be calls and support for a United Nations probe into the 1994 Rift Valley killings in which a reported hundreds of Kikuyus were killed and thousands displaced during Moi’s regime, and The Wagalla Massacre of 1984 (again during Moi’s regime) in which hundreds of Somali Kenyans were shot to death. Finally the non-electoral extra judicial killings of the 500 young men last year should also be investigated.
Progressives should also call for the crisis to be resolved within democratic structures. When Bush won an election that the rest of the world understood as rigged, we did not ask Al Gore to try and overthrow the government through an Orange revolution, we did not ask him to divide the country across racial lines, blacks pitted against whites, whites pitted against Latinos; we asked him to find redress through peaceful and democratic processes. And for that, the United States remains standing, in spite of Bush. Al Gore did not ask for a recount of all the votes, or for a re-election. But both Raila and Kibaki can form a united government; ask for a recount, and even a re-election. Whatever process or option is used to adjudicate this must be one that leaves Kenya standing for generations to come.
My plea to you is this: Let us not find revolutionaries where there are none. International solidarity should be with the Kenyan people and not with individual leaders. A whole nation is at stake. The best thing for Kenya right now is a return to a non-violent path governed by principled democratic structures that will outlive both Raila and Kibaki. It is this that will make possible a people-powered government through a democratic revolution.

Mukoma Wa Ngugi is co-editor of Pambazuka News, author of Hurling Words at Consciousness and a political columnist for the BBC Focus on Africa Magazine. 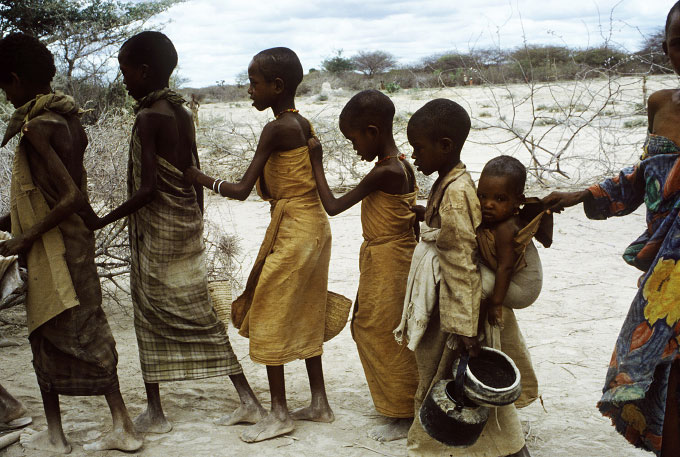 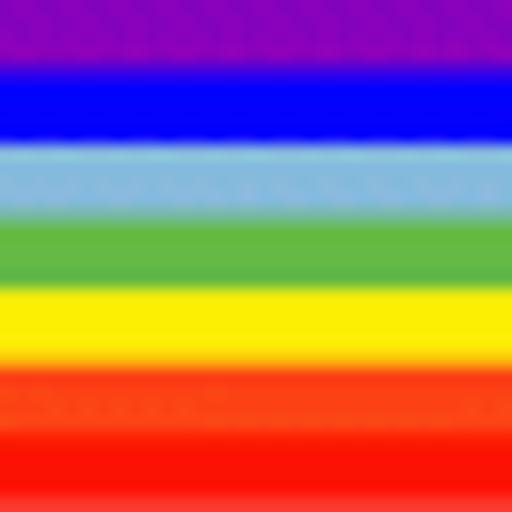 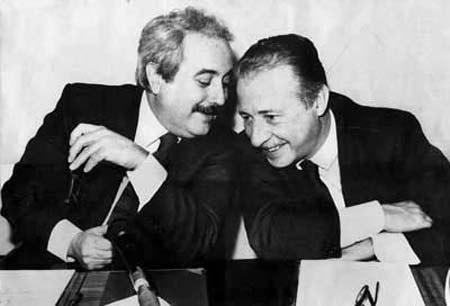